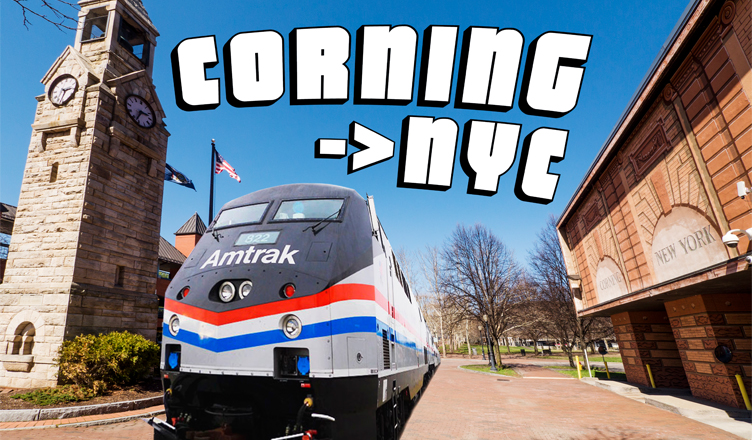 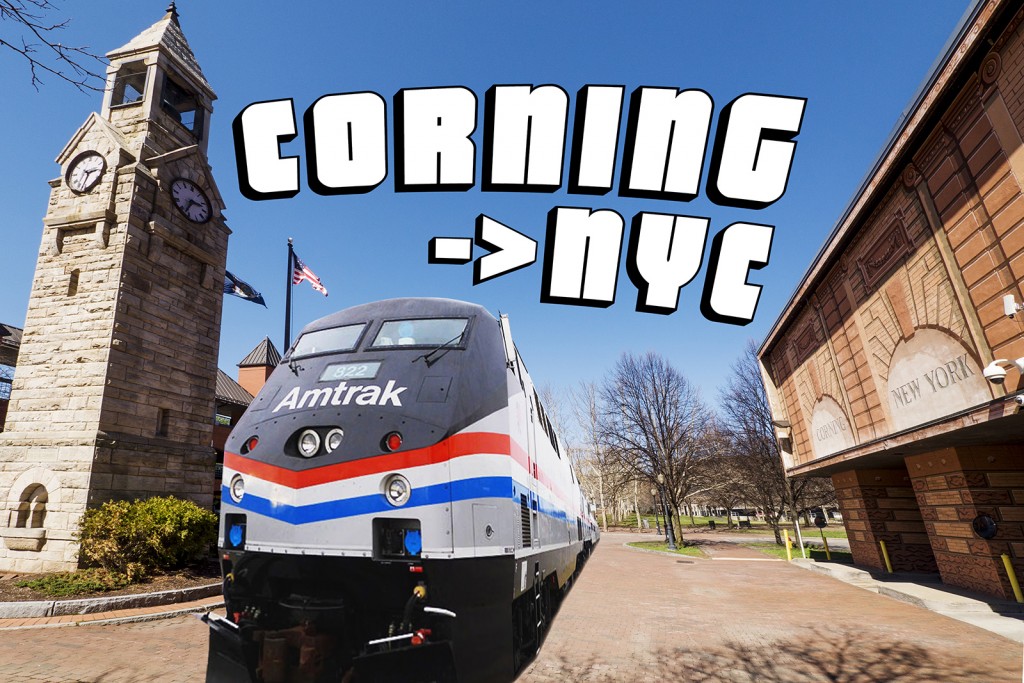 (While this was originally posted as an April Fool’s Day story, we are actively working with members of the community – including our local representative of the Empire State Passenger Association – to explore the possibility of restoring passenger rail service to the Southern Tier)

Corning-ites rejoice. ?An endless bounty of all things?Gotham is about to become much more easily accessible. ?Amtrak announced today that rail service between the Crystal and New York Cities is in the works.

When asked what took so long, an official from the quasi-government railroad service responded, “For the longest time we assumed there was simply no demand. ?I mean, it seemed like everybody and their brother already had a connection to hop the Corning Inc. shuttle. ?Then we had that derailment last winter. ?When 37 people tried to board the train – thinking it was stopped to take on passengers – we knew we were onto something.” 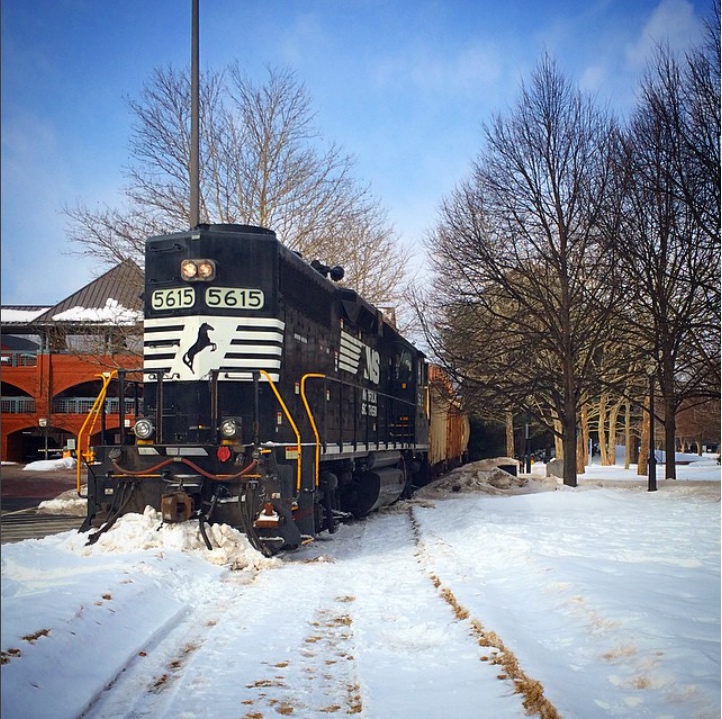 Last year’s derailment was bad for one engineer? but good for the rest of us

A single train will make the loop thrice per week from the onset, but daily round-trips are a distinct possibility if demand is strong. ?The non-stop runs will depart early from Centerway Square and arrive at Penn Station mid-morning – making?return trips?late evening. ?Overnight and between voyages, the dormant train will remain parked in Corning – allowing area?high school students to use sides of the passenger cars as canvasses for their next ?Alley Art Project mural. ?Representatives from that initiative?hope to foster collaboration with urban?graffiti artists – passing the works in progress back and forth in what they’re calling a, “tag-train-team-tagging” approach.

The pickup and drop-off stop adjoining Centerway Square is perfectly positioned to allow easy access to Corning’s Gaffer District – and will encourage?passengers to take advantage of the garage for park & ride commuting. ?Under consideration are options to build a ticket booth into the base of the clocktower, or to handle such transactions via the M&T Bank drive-thru. ?Since trains will be in such close proximity to Centennial Park, the option exists to temporarily re-aim?the park’s fountain stream for filling boilers – meaning historic steam locomotives may be brought into service without needing to erect an unsightly water tower (also sparing the community from a favorite?hiding place for bandits). 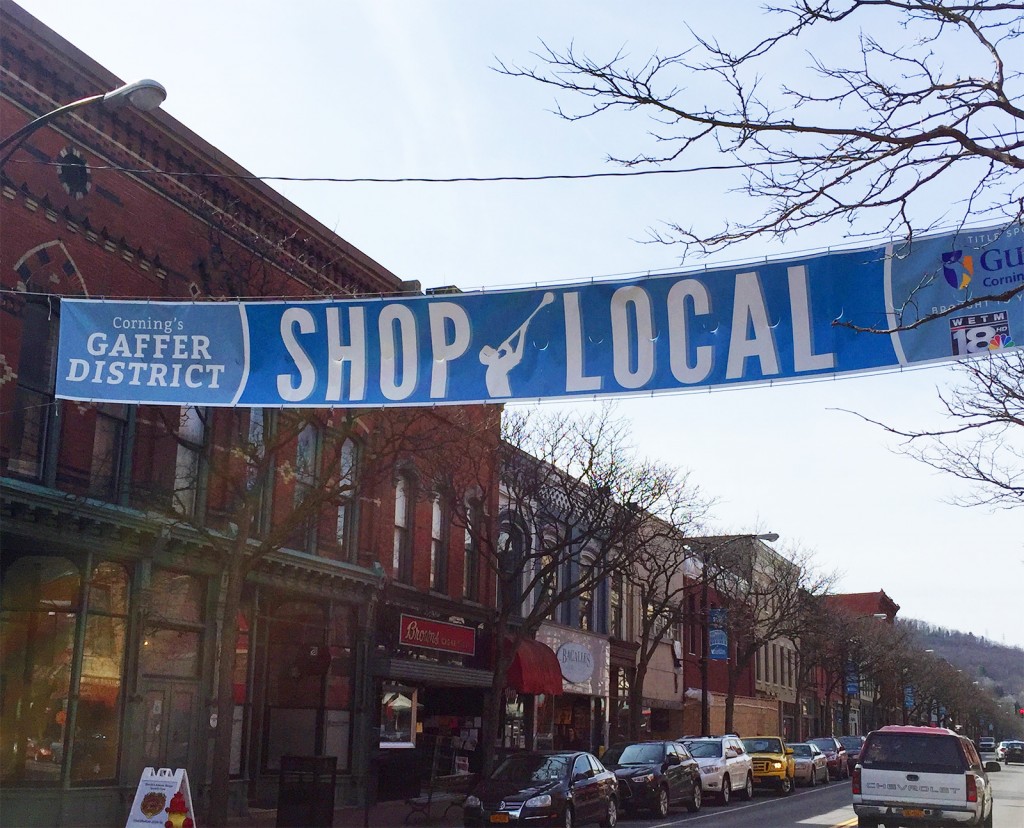 “You bet we will.” -Amtrak re: beverage stocks aboard the train

Embracing the ?shop local? ethos, the train’s bar car will be fully stocked with finger lakes wines and local brews & spirits – providing not only familiar refreshment options for locals traveling down, but a tasteful?introduction to our area for downstate visitors on their way up.

Finally, anyone interested in booking transit for the maiden voyage should consult today’s date and?then join us at Urban Corning in a collective,?”All aboard!”

Ed. Note: No one would love for this to be true more than us. ?In all seriousness, we wonder what it would take to actually make some semblance of this a reality…?