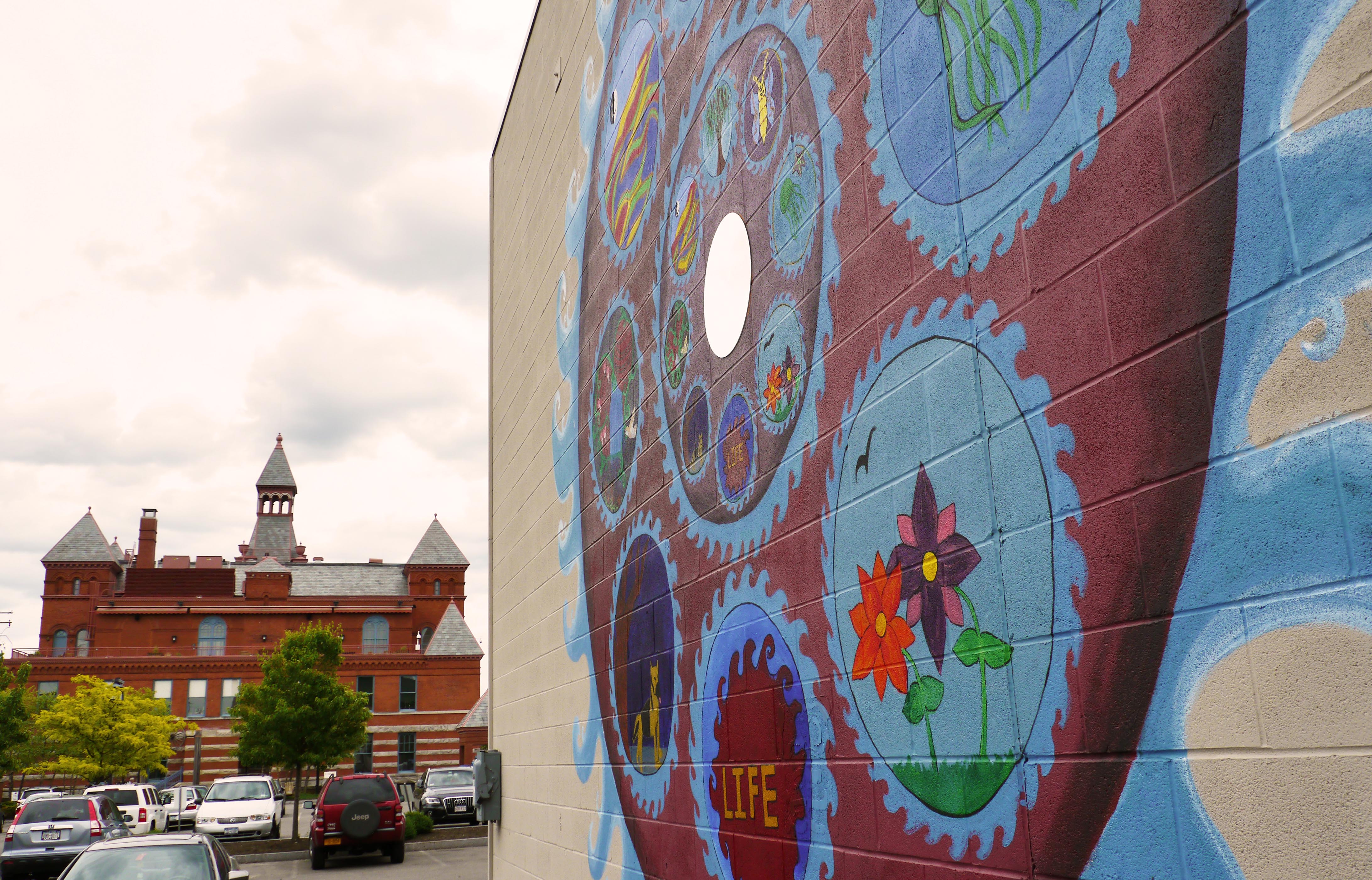 Alleys are pretty utilitarian places. ?Take your typical Market Street block. ?If the Market Street side is the pretty face, then the alley is the? well, let’s leave it at this: the best you might be able to say about a typical alley is that it provides a place to keep the dumpsters and delivery?traffic. ?A typical alley does this?job and does it well, but doesn’t typically look all that good doing it. ?In recent years, a growing number?of Corning’s alleys have become anything but typical.

In fact, you’ve undoubtedly noticed one or more of the colorful?works of urban?art?that now adorn the posteriors of various buildings in the city. ?What’s the story? ?Does Corning have its very own Banksy? ?Let’s get to the bottom of this.

In truth, there are an awful lot of different groups and agencies behind this backside beautification (including, but not limited to The Rockwell Museum, The Triangle Fund, The Great Circle Foundation,?The TI-GER Foundation?and a collection of generous property owners). ?But at its heart are students from the Corning Area Youth Center and?the Corning Painted-Post School District’s High School Learning Center.

Working under the guidance of resident artists,?students launched the Alley Art Project?- which to date includes: 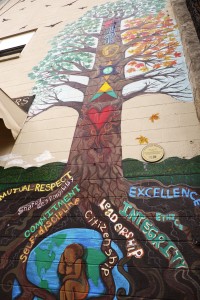 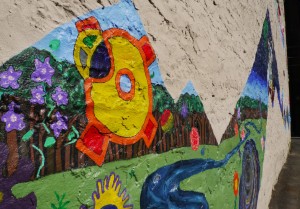 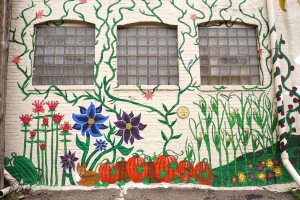 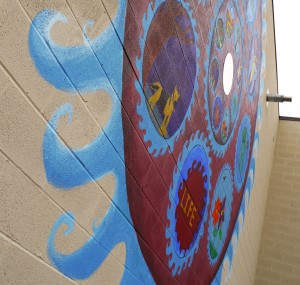 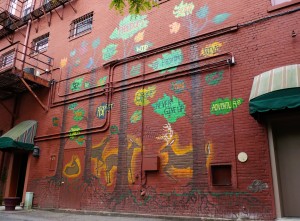 Each of these works has its own backstory. ?And to help tell those, The Rockwell Museum has placed plaques with QR codes beside the murals – enabling?viewers to access information about the individuals and inspirations behind?them. 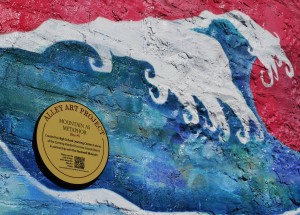 There’s just no substitute for checking these out in person. ?Even if you’ve driven by them day after day, they reward closer inspection. ?Point them out to tourists or visiting friends and family.

The fact that this street art is legally-sanctioned may make it a little less edgy than say, an early?Shepard Fairey. ?But that in no way diminishes its?impact. ?Quite a few of the artists have told me that taking part in the Project?has given them an invaluable creative outlet, and a sense of pride in?their?community they did not previously have. ?As if that’s all not more than enough reason to support the Project, it’s even?given me a great landmark to help direct people to the block I live and work on.

Next up, students?will be painting?Perfect Imperfection?in the Denison Park tunnel. ?If you visit the park this summer you just might catch some of the work as its happening.

All this?urban energy?and creative drive going on around?Corning?may just give the rest of us a kick in the butt to get off our cans and start rearing some projects of our own.