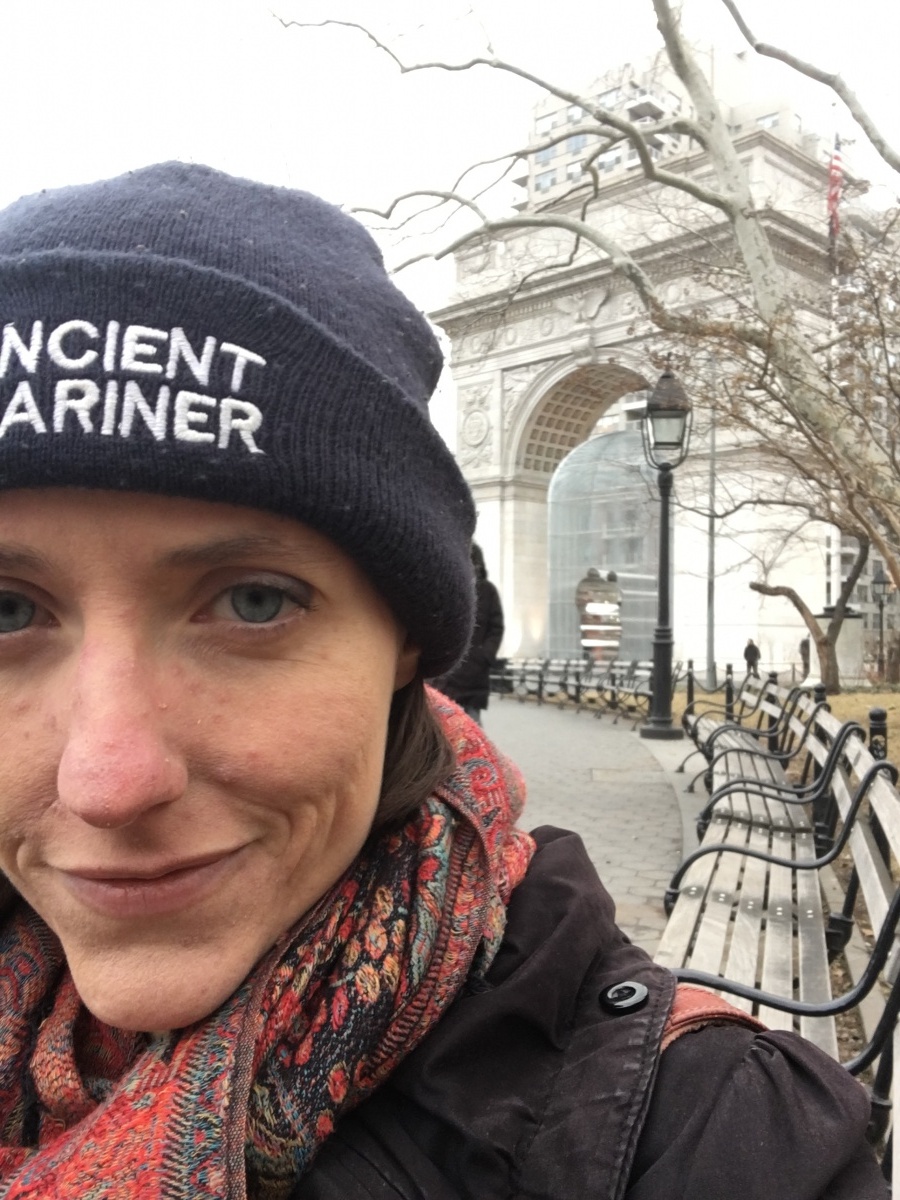 The following is a guest post from a dear friend and Urban Corning contributor, Amelia Harnas. We miss her when she’s not in Corning and we’re glad to know it’s feeling more like home every day!

For the past two weeks, I’ve been living in Brooklyn. I’ve been taking care of an apartment and a cat (despite being mildly allergic to it) while a dear friend (who also grew up in Corning) has been adventuring in faraway lands. I arrived the night before she left, and we joked about how I needed to enlist the help of two friends to take care of my beloved house plants in order to be able to take care of her cat. (Isn’t there a children’s song about swallowing flies and spiders that has a similar strategy to it?)

To clarify, I say “living,” because this is not exactly a vacation for me: I’m self-employed, working from home (wherever that is), and my two weeks here have more or less followed my normal pace, complete with menial tasks like grocery shopping, laundry, etc. I’ve left the apartment to go out to events and meet up with friends just about as much as I would in Corning. Obviously, the main difference is that I get to do these things in New York City.

Honestly, I expected to feel like a fish out of water in The City. Even though I’ve lived in the more urban environments of both Portlands (Oregon & Maine) and have spent decent stints in famous cities in Europe, there are few cities that rival New York. I expected to be a country bumpkin bumbling around in the subway, doing spit-takes looking at my bar bill. However, after two weeks and feeling stunningly at ease in, I’ve found myself wondering (and probably not to anyone’s surprise) should I just figure out how to move here? Is this where I should nurture my artistic career? Is this where I can make more meaningful connections?

Then I hear the voice of LaToya Ruby Frazier, The Rockwell’s keynote speaker last October, answering a question from the audience asking what the younger generation can do to effect positive change. Basically, she said: stay in your small hometowns, get off of Facebook, and do the real work of bringing people together, no matter what that work looks like to you.

It gets me thinking about my role models while I was growing up in Corning (they know who they are): the folks who added vibrant life to the arts scene by welcoming in artists and friends from bigger cities; the folks who didn’t let their vision be hemmed in by small-town politics or less than ideal logistics; the folks who still made meaningful connections, because they saw people as people and opportunities as opportunities, no matter the context. They didn’t resent Corning for its relatively meager stature when compared to Ithaca, Rochester, or, obviously, New York City; they love(d) Corning as their home, and they put care and effort into making their home better, not only for themselves but for everyone else.

So, at 35, at an age where a person starts to sincerely contemplate if and how they are actually making a difference in this world or in this lifetime, it would be all too easy for me to get wrapped up in my own case of George-Bailey-itis. Yes, I will be the first to admit that I’ve been a flight risk for over a decade and, one year ago, people had every right to wonder if I had actually moved back to Corning. Heck, I didn’t feel like I had moved back! I’ve been in a weird limbo for the entire past year.

But as I prepare to return to Corning at the end of this week, after a surprisingly epiphany-full stint of living in Brooklyn, I am beginning to truly grasp that I am, in fact, coming home. Corning is my home, and if I can make Corning more vibrant, more alive, more enticing, more surprising, then so be it.

This brings me to the Bare Bones Café. Even though I’ve been in Brooklyn, I’ve also been volunteering for The Rockwell remotely, trying to drum up excitement for this unique opportunity coming up this spring (see this link here for more information). After seven years of coordinating the Hours Festivals, it’s a no-brainer for me to volunteer and (hopefully) present in such a novel event at the Rockwell. I highly encourage others (inside & outside of Corning) to not be shy and to send in a proposal (or more than one proposal!) by February 1.

Quite frankly, this post for Urban Corning was originally going to be a simple little plug for Bare Bones. But, when I sat down to write, it was obvious that there was something larger at play, something that I needed to acknowledge to myself and to my fellow Corningites. May the Bare Bones Café be one in a long list of new events to invigorate and re-imagine the arts and culture scene in Corning, and may I be one of the many proud folks to help bring it to life.

For more about Amelia Harnas, visit her website at www.trulyamelia.com. You can also visit Card Carrying Books & Gifts on Market Street to purchase some of Amelia’s original artwork.