A Local College Student Is A Million Dollars Richer, Thanks To Her Mom (And Wegmans) 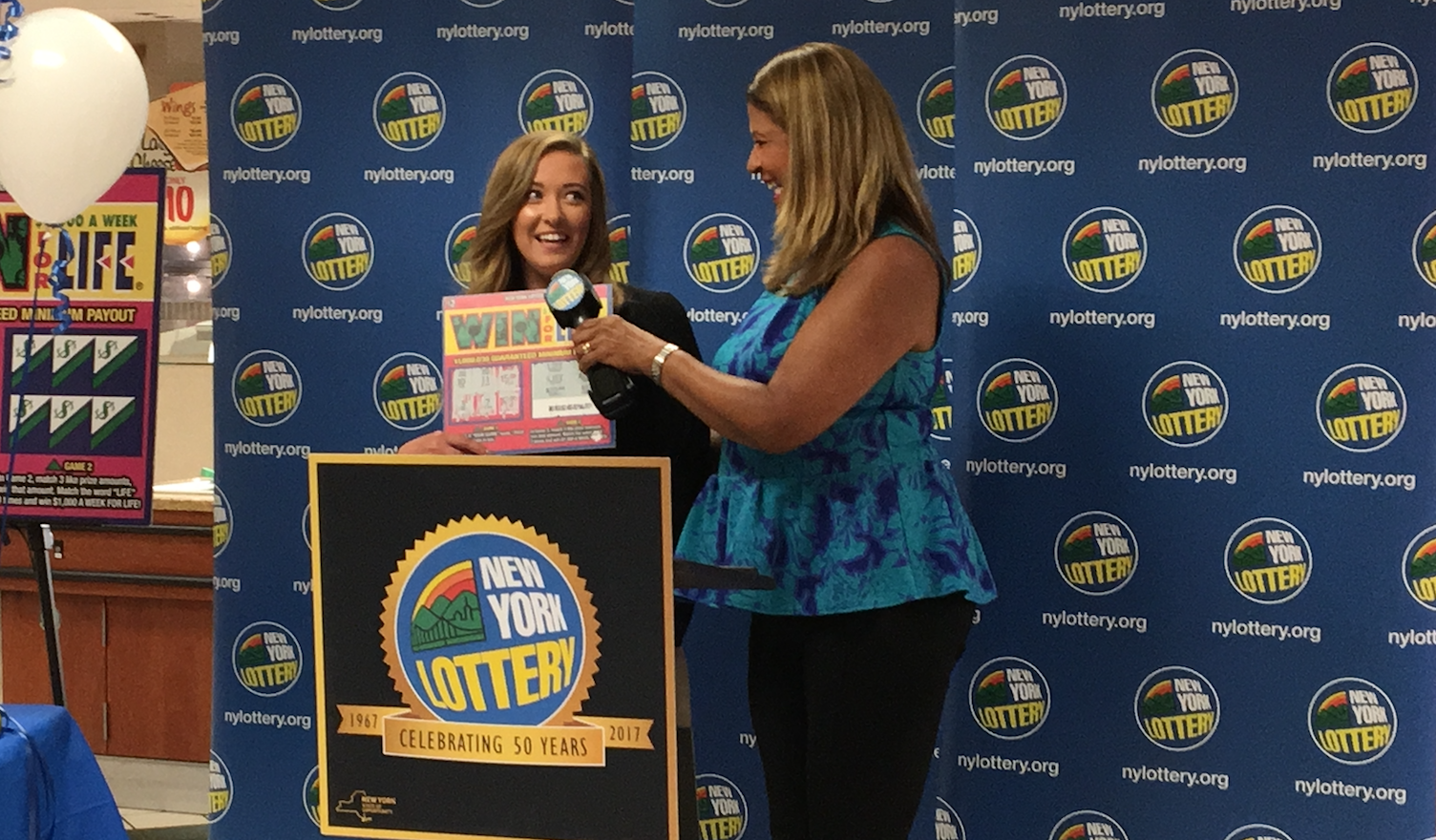 A local college student, Erin Haggerty, is $1,000,000 richer, thanks to a small present from her mother while she was away at school. Her mom, Diane, routinely sends her greeting cards with scratch-off lottery tickets in them. This past March, Diane sent Erin a St. Patrick’s Day card with a?Win $1,000 A Week For Life?ticket inside. As?she sat in one of her university’s study rooms, Erin scratched the ticket and revealed three ‘LIFE’?symbols and won the guaranteed $1,000,000 top prize.

“I immediately had visions of living well after college,” Erin explained to an eager audience, which had crowded around the coffee bar of our Corning Wegmans to watch the official check presentation. “Then I went out and did one of my favorite things: I went shopping. I also bought some groceries, because, you know, good food in college is a rarity.” 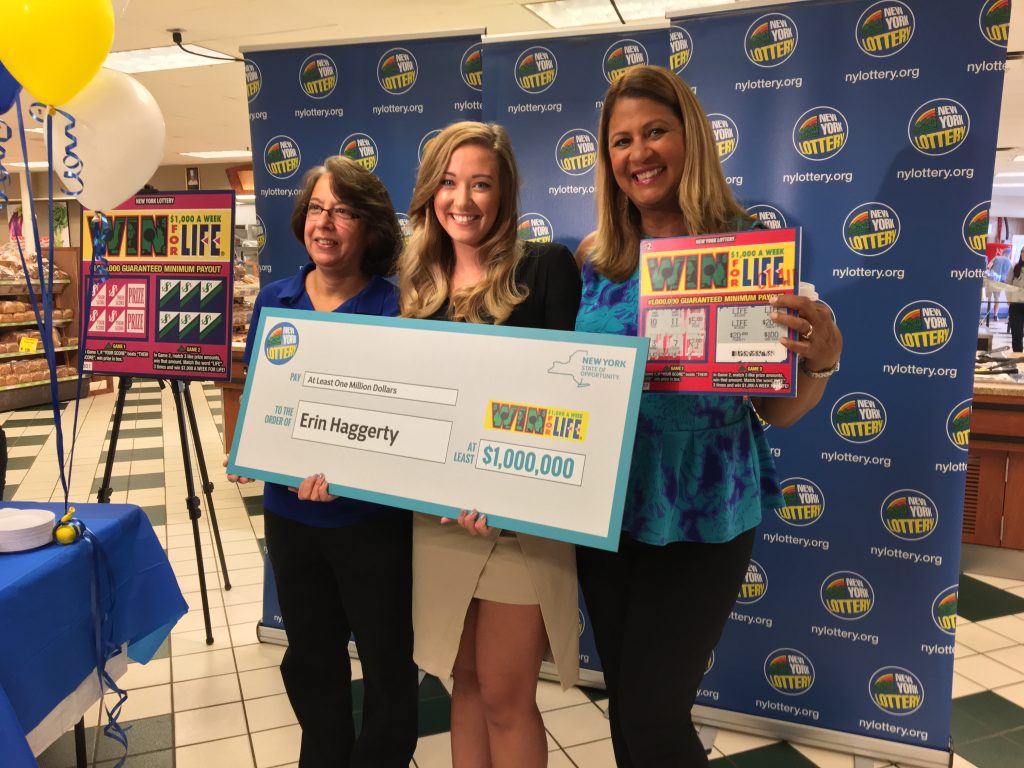 The New York Lottery chose our Wegmans to host the presentation because, not only did Erin’s mom purchase the winning ticket from one of its lottery machines, she also works there! Diane is the store’s Home & Entertainment Manager, and you’ve probably noticed her in one of the aisles, always with a smile on her face and a friendly hello.

“I like to send tickets to my daughter and my nieces and nephews,” said Diane. “It’s a little entertainment to break up the monotony and there are plenty of $1 and $2 tickets that you can buy without spending a lot of money.”

Erin, a business administration major, chose to receive her prize as a one-time lump sum payment.

“Now I can graduate and get a nicer apartment than most college grads can afford,” she explained. “My parents have other ideas though. They want me to invest and pay off my student loans, which I suppose is actually better.”

To celebrate, and as a thank you, Erin plans on buying her mom a new Subaru Outback – as long as she can have the old one. Wegmans celebrated Diane and Erin as well, in the most Wegmans way possible: With a special?cake.?From all of us at Urban Corning: Congratulations, Erin! Best of luck with the rest of school. Study hard and have a little fun. And congratulations to you, too, Diane. We can’t think of nicer, more deserving recipients. 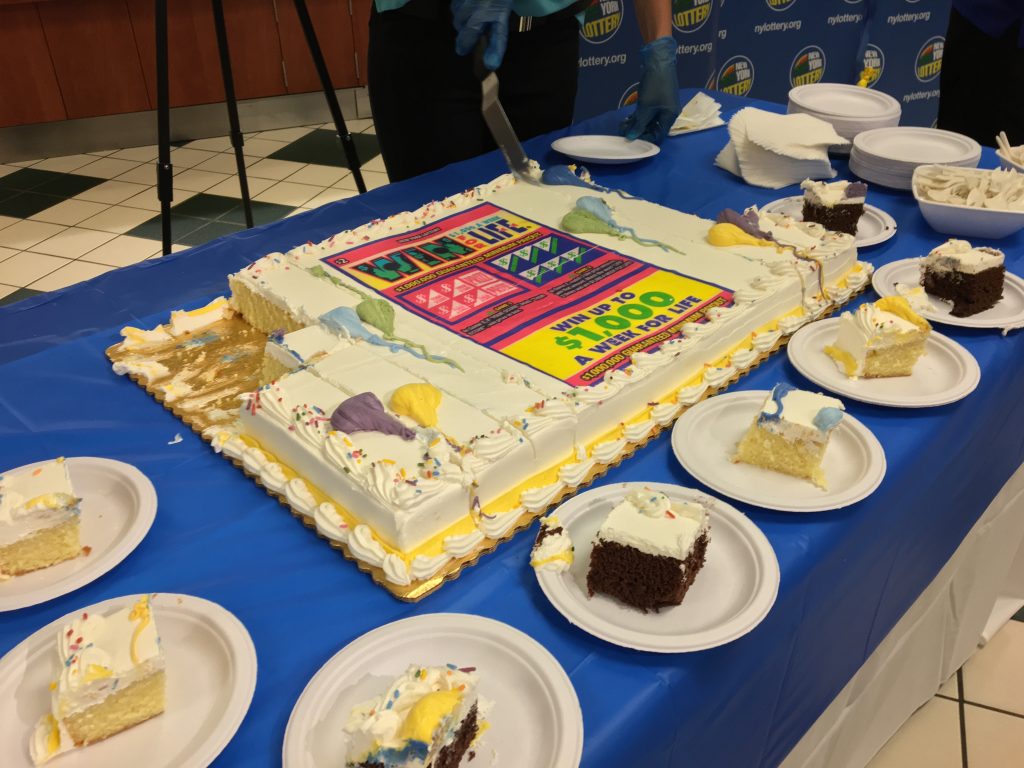 A million bucks has never tasted so sweet.