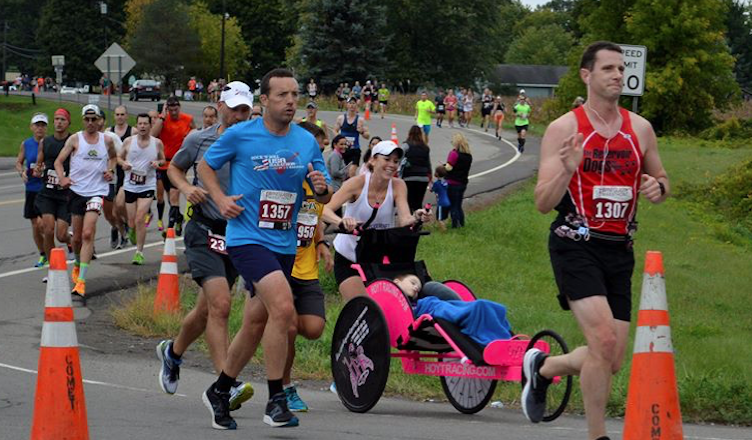 The Wineglass Marathon brings individuals from all over the world to run for different reasons. For a special mother-son pair, their reasons were each other.

I had the opportunity to sit down with Hollie Hughes, my former cross country coach, and her son Jonah, to talk about their experience. Hollie ran while pushing Jonah in his running chair the entirety of the Wineglass Marathon. The laughter, tears, and insight that came from our time together was in a word, ?incredible.?

Hollie has now run five marathons, and this was her third ?and favorite – Wineglass Marathon. This was Jonah?s first marathon; last year he decided he wanted to complete the race with his mom. 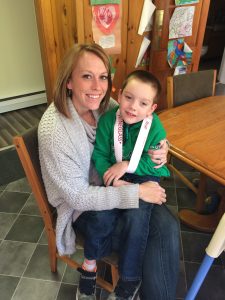 The love between this running pair is contagious; and their story is nothing short of inspiring.

Jonah suffered a stroke at birth that lead to multiple brain malformations and resulted in spastic quadriplegia cerebral palsy. At age two he was diagnosed with epilepsy. And now at six, he lives with CSWS, an extremely rare condition that only inhabits 0.5% of children with epilepsy.

Jonah grew up riding in the stroller on family runs where all six members would go out to bike/run together. Eventually, Jonah grew too big to fit in the jogging stroller and the family knew they needed to find an alternative to be able to keep Jonah included in their runs.

?It?s not your limitations that define who you are, it?s what you do to overcome them? Hollie said. It wasn?t a question IF Jonah would be able to run, it was HOW he would be able to continue running with them.

That?s when the family came in contact with Ainsley?s Angels, an organization passionate about making everyone able to participate in endurance events. After months of fundraising, Jonah had his own running chair. 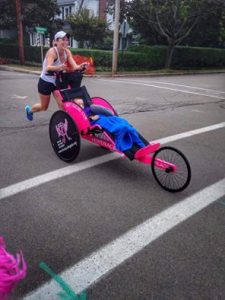 Sunday was not just an accomplishment for Hollie and Jonah, but for everyone who has supported and carried Jonah through his journey.

?Our community has taken Jonah and said ?we love you, we adore you, we include you, and we support you,?? Hollie explains. Sunday was evidence of that as nearly forty fans in purple epilepsy awareness shirts cheered from the sidelines.

Completing a marathon while pushing a stroller is amazing in itself; but unofficially breaking a world record by nearly seven minutes while doing it is unbelievable. Jonah reassured me that this won?t be the last marathon for the dynamic-duo. 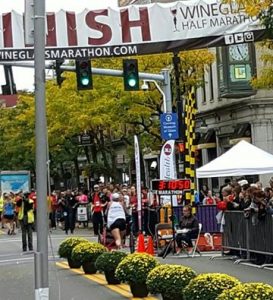 One of the pivotal people in Jonah?s journey to Wineglass was Sheila Sutton, the race director of the Wineglass Marathon.

?When a little boy with a can-do spirit and his very fast mom wanted to run a marathon together, naturally I had to make it happen,? said Sheila.

Anytime Jonah is asked about his Wineglass Marathon experience, all he has to say is, ?It was INCREDIBLE!? Later, when Hollie asked what Jonah?s favorite part of running the marathon was, he grabbed her face and said ?My favorite part was running with you.? 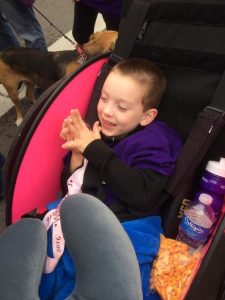 Jonah is the happiest, most positive person I have ever met. Even after all that he goes through, at the end of every day he says he never has a ?worst part? of his day. He lives every day adoring his mom and dad, and playing with his siblings as any normal six-year-old would.

The 2016 Wineglass Marathon was a day to remember. Hollie smiles at Jonah and says, ?We?re still riding the marathon high. I don?t think it?ll change, we?ll be riding this for the rest of our lives.?

If you?re interested in donating to Ainsley?s Angels or The Epilepsy Foundation, please click on the following links.