Reasons to Love Living in a Tourist Town 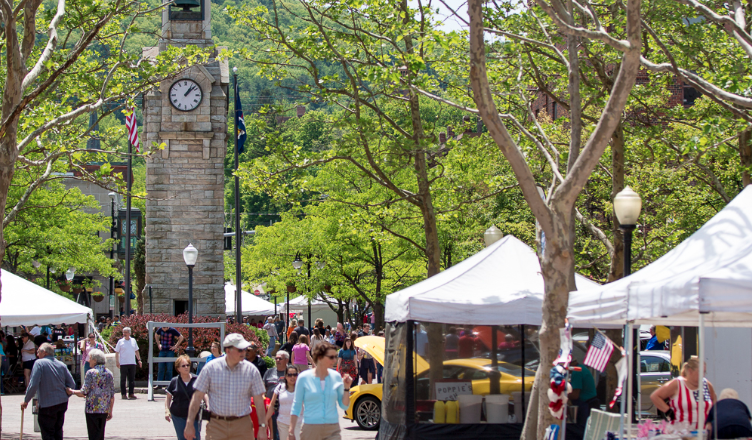 Corning is a tourist town. There’s just no sugarcoating it. In fact, Corning is the third most visited city in New York, coming in behind NYC and Niagara Falls, respectively. The Corning Museum of Glass is the biggest contributor to those tourism numbers, attracting more that 460,000 visitors to the city in 2015 alone. Our friends at The Rockwell attract roughly 50,000 visitors and major events like The Wineglass Marathon and GlassFest bring in another 35,000 or so combined. It’s impossible to know exactly how many visitors stop in Corning on trips to Keuka or?the rest of Finger Lakes Wine Country, but here’s what we do know: It’s a lot of people.

Living in a town that attracts that many annual visitors can be frustrating at times, we get that. The grocery stores get clogged, it’s hard to find good parking (But let’s be real, when isn’t it?), your favorite bars and restaurants become overrun with out-of-towners and chances are pretty high that you’ll have to duck past cameras every time you walk through Centerway Square. But, believe us when we say that for every minor inconvenience that comes with being a resident of a tourist town, there are two or three great benefits.

Here are just a few reasons to love living in a tourist town:

Let?s just get right down to it: Tourism is good for local business. According to our friends at Corning and the Southern Finger Lakes, an average of $130M in visitor dollars are spent in Corning and the rest of Steuben County. That money has led to the creation of 2,248 jobs and contributes to just over $960 in tax savings per household. With roughly 60 cents of every dollar spent at a local business staying in the community, $78 million has directly impacted our local economy.

Corning may be Small Town America, but it comes with the kind of acclaim usually reserved for cities ten times its size. In the last few years, Corning has enjoyed international exposure in some of the world’s most-read media publications. The 2014 Wineglass Marathon put Corning on the radar of international athletes after being named the ?10th Best Marathon in the World? and ?13th Best Destination Race? by The Active Times, joining such company as the London, New York, Boston, Paris, and Tel Aviv marathons.?One Huffington Post article about the marathon actually read more like an advertisement for everything Corning, and we?re totally okay with that.

The New York Times and Wall Street Journal have had nothing but praise for the new Contemporary Art + Design Wing at the Corning Museum of Glass, and HuffPo once went as far to say that they “had never seen a better example of a Main Street revival” than our historic Market Street in Downtown Corning. As the marathon or CMoG or the Downtown?continue to enjoy much deserved international acclaim, so do the small business that associate with them – and that’s good for everyone involved.

A Source of Pride

Corning is a world class destination, no doubt about it, but it’s also a great place to live. Honestly, the more recognition Corning gains for being a tourism hotspot, the more pride we should feel as locals. Just think about it, people come from all around the world to celebrate our culture and heritage, from our wine to our glass to our art to our history. Hundreds of thousands of people make a point to travel here to see the same things that we get to see everything single day – and that’s pretty special.

Speaking of tourism, this week happens to be National Travel & Tourism Week.?As a thank you to us locals who support the kinds of things that make Corning such a great travel destination, Corning and the Southern Finger Lakes has put together a savings passport – good for deals at various museums, breweries, restaurants and more. Just click HERE to download the National Travel & Tourism Week Savings Passport, and enjoy!

Featured image by Molly Cagwin, courtesy of the Gaffer District.