The Art of Telling a Good Story 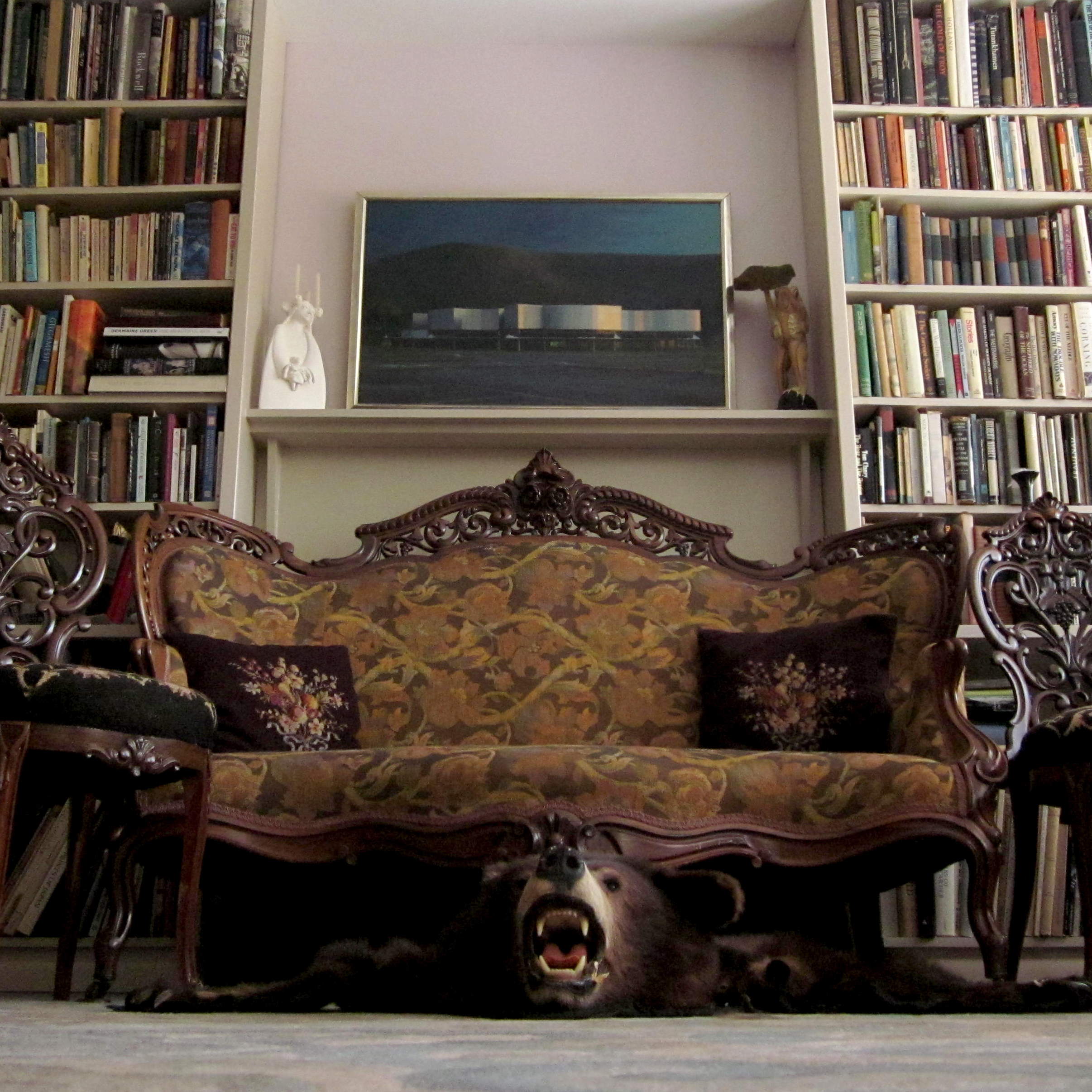 “I’ll give you an example of pure luck: the way I got this job here, when I came up to Corning….”

About 5 years ago, I persuaded Thomas S. Buechner to let me interview him to record his stories. He agreed, and we sat in his study from 2pm – 4pm in the afternoon for one week. Again and again, at the end of the two hours, he would laugh and say that it must be excruciating to listen to him go on and on. Listening to the recordings just now, I will admit that it brought tears to my eyes, because Tom passed away somewhat suddenly just six months after those interviews, and those afternoons were the last time I spoke with him.

For those of you who don’t know about Tom, he is a bit of a legend. He was the first director of the Corning Museum of Glass and a prolific and immensely talented painter and teacher, among countless other things. I was lucky enough to work for him as a studio assistant and to model for many of his paintings. He had a precise routine: on Saturday afternoons, a handful of painters were invited to paint with him in his studio from 1pm – 5pm, while listening to the opera broadcasted live on NPR, and then from 5pm – 7pm, they would go up to the study, martinis in hand, to talk about art, philosophy, politics, and personal stories. It was during one of those evenings that Tom admitted that he had no desire to write his memoirs, which is why I felt compelled to record his stories.

This is also why I am drawn to the work being done at the Corning Museum of Glass’s Rakow Research Library. Since 2005, they have been collecting and recording people’s stories about their experiences working with glass in Corning. Factory workers, glass scientists, gaffers, designers, or museum curators–all are welcome who have contributed to making the Crystal City what it is today. The Oral History Project has collected over 130 recordings to date, with recordings dating as far back as 1959, and they continue to search for more stories.

Like the stories of Donald Bonnell, for example: at 93 years old, he has lived in Corning his entire life. When he was 13, he got a job at the Elmira Gazette, and he was assigned to report on the pouring of the first 200” disk in 1934. Later on, he reported on the opening day of the Corning Museum of Glass (and I am sure that Tom must have been in attendance, too) and even became head of the museum’s public relations department. You can read more in Deborah Cooper’s blog post.

If you have worked with glass in some way in Corning, or if you know someone who has, and if you would like to contribute to the Oral History Project, contact Rebecca Hopman (HopmanRC@cmog.org or 607-438-5316). She is especially interested in stories dealing with Pyrex ahead of their upcoming exhibit, “America’s Favorite Dish: Celebrating a Century of Pyrex,” opening March 28, 2015.

I know I am planning on gathering together all of the recordings of my interviews with Tom Buechner to add to their collection. To me, these recordings are priceless and just as fragile as glass. What a tremendous thing it is to have them safely archived here in Corning.

Amelia is 100% certifiably Corning-raised. Passionate about art, she is thrilled to help coordinate the Urban Arts Crawls. She is best known for her artwork made with red wine and is least known for enjoying the hit track, "Don't Stop Believin'."