Keep an eye on Women’s Bobsledding at the Winter Olympics, specifically Jamie Greubel. She is the niece of my coworker at RealtyUSA, Warren Radke. Warren watched Jamie compete this past December at the World Cup held in Lake Placid, where she placed second. Warren said “I had tears rolling down my cheeks as they played the National Anthem, and there was Jamie on the podium.” 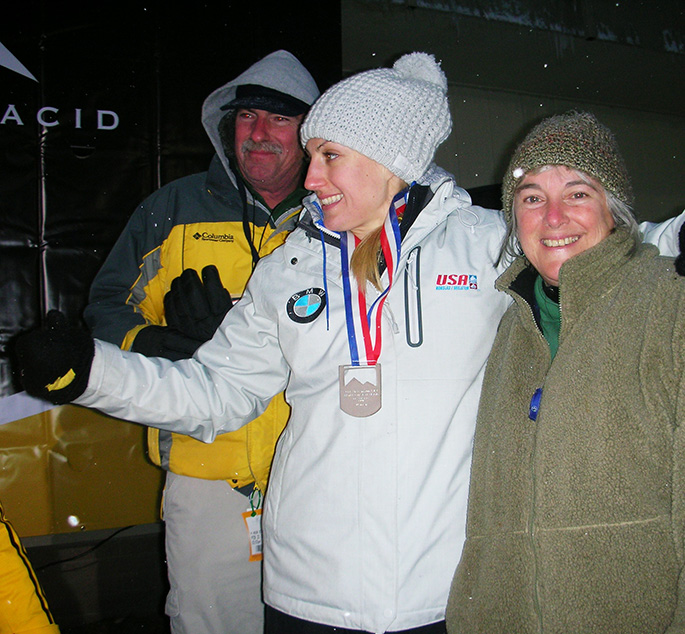 Jamie transitioned from college track star at Cornell to bobsledding “breakman” (the person who runs on the ice, pushing the sled) in 2007. Since then she has competed and placed in many World Cups. Her profile on TeamUSA.com?says she became a bobsled driver?”midway through her career after winning multiple medals on the America’s Cup tour, and has emerged as one of the nation’s most promising women’s pilots.” A more detailed bio can be found here:?Jamie Greubel: Life in the Fast Lane.

Check stats, schedules, and more @ NBCOlympics.com/sport/bobsled.?Here she is on the Today Show: