Fiber Optics and You 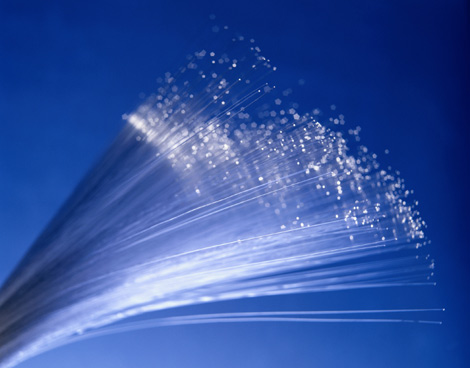 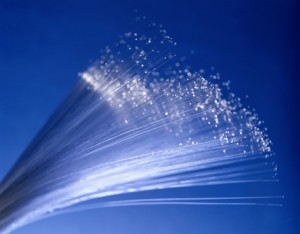 It was recently announced that construction on a new fiber optic broadband network will begin in June (2011). This opens the door for telecommunication providers in our area to offer enhanced services like mobile 4G and unbelievably fast internet for home. It could also bring in new companies, new services, new jobs, and lowered costs through competition.

The upgrade isn’t going to instantly beam us faster internet come June; the project will take a little over 2 years to complete. Once it’s ready though, we will be stepping into the future of telephone, internet, cable TV, and mobile coverage.

Unlike the copper wires we are currently using, a fiber optic signal does not get degraded. It doesn’t matter if 10 or 10,000 people are all on the internet at the same time, your speed will remain the same. And that speed is fast… like really fast. Take this example from WonderQuest.com:

Suppose you were to download the entire Library of Congress onto your PC using a dial-up modem transferring data at a rate of 56 thousand bps. You’d have trouble storing that much admittedly but-it would take about 82 years. A wireless connection going at 2 million bps would move the library in a little over two years. How long would a 3-trillion-bps fiber-optics connection take? 48 seconds.

You may be thinking to yourself “my internet is fast enough, and I don’t plan on downloading the entire library of congress.”  Well it’s not all about consumers.  As more and more people hop on and hog up existing lines, service providers are pushing the limits of what copper wire can deliver. Fiber optic cables are lightweight and consume less power, making them less expensive for providers to operate. Optical fibers are also thin, strong, and flexible. This allows more phone lines, tv channels, and other data to be bundled and transmitted through a single cable.

An article in the Star Gazette points out:

The system won’t necessarily create more competition for Time Warner Cable, but it could allow Time Warner to expand into areas where it currently does not provide service, Starks said.

Getting high speed internet to rural areas is great. However, I’m quite sure this project will put some competition pressure on Time Warner Cable. Which is a good thing for us as consumers. For example, Verizon’s FiOS service would give us another cable TV service bundled with high speed internet and phone  (which they currently offer in other markets as a bundled package for under $100 / month).  Another article over at WETM points out their will be added benefits to medical services and schools.

Update: Here’s another article about this that is a bit more informative than the WETM and Star Gazette pieces.