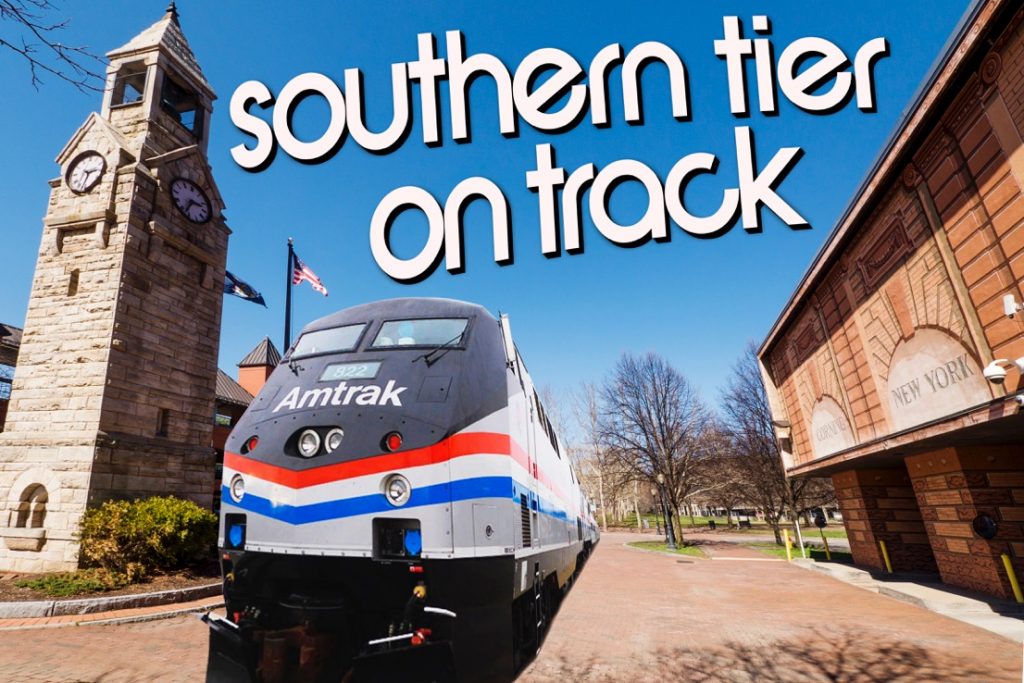 As most of you know, on April 1, 2016, Urban Corning published an April Fool?s Day post suggesting that passenger rail service would soon be re-established between Downtown Corning and New York City. The post generated a great deal of interest and conversation on the subject, and prompted Rob Piecuch ? Southern Tier Coordinator of the Empire State Passengers Association ? to reach out to Urban Corning in hopes of engaging a new audience in ESPA?s mission.

We have had several meetings on this action, and have begun to rollout a grassroots fundraising campaign, titled Southern Tier On Track, to finance a passenger rail feasibility study. It is now up to you to help spread the word, as we try to get as many community members involved in this grassroots effort.

To donate to the grassroots funded feasibility study:

For any questions or issues, send an email to briannamariev@gmail.com.