The Studio’s Turning Twenty, And You’re Invited To The Party 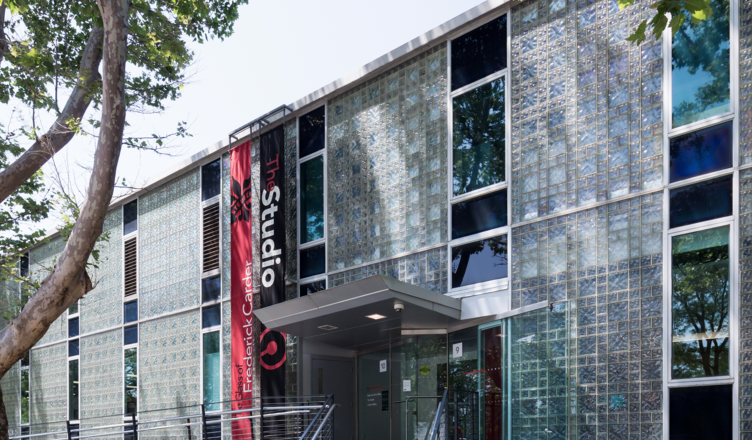 The Corning Museum of Glass opened The Studio?in 1996, to give artists a place to practice their craft and for the community and students to learn more about the art of glass making – an art that has quite literally put Corning on the map. In the twenty years since its founding, The Studio has become an internationally renowned facility for glassmaking – inviting some of the world’s most celebrated glass artists right here to our own backyard.

This Thursday?marks the official 20th anniversary of The Studio. To celebrate, our friends at CMoG are doing what anyone would do to ring in a major milestone; they’re throwing a party – and you’re invited.?Here are all the ways you can join in on the celebration:

If you’re a local glass artist, consider this an official invitation to enjoy a morning of celebration, camaraderie and glass. The Studio?s doors will be open to local glassmakers who would like to work in either the hot shops or?flameworking?studios.?There is no cost to participate, but if you’re interested in signing up for the Open House, contact the museum.

The Museum knows you can’t have a proper party without food. Unlike 2300?, which features a variety of complementary appetizers, our friends have decided to be a little more festive – so they’re bringing in a convoy of food trucks. Toss and Fire Pizza, Macarollin, Effortlessly Healthy, the meatball truck and more will be ready and waiting to serve you a festive feast. Just think, you could be eating copious amounts of marina smothered balls of meat?AND taking in some world famous?Lino Tagliapietra?pieces?in the same day. Wild. 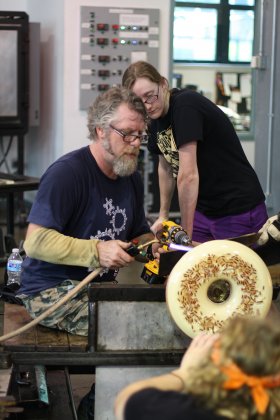 No “birthday” celebration is complete without cake – or in this case, cupcakes. A giant cupcake. A giant cupcake made of glass, to be more precise. The museum has invited John Miller to create a giant cupcake fit for a 20th birthday celebration. Miller is known for his large-scale pop art glass, so he’s the perfect fit for something like this. His?demonstration is free and open to the public, so no?admission is required.

This will be one of the biggest parties of the summer, hands down. Not only is it?celebrating?The Studio?s 20th anniversary, but it’s also the official kick off to what’s sure to be an incredible weekend of GlassFest activities.

If you’ve ever been to a 2300?:GlassFest, you know that The Museum starts everything with a glass ribbon cutting. For those of you who haven’t been, and don’t know what that means, museum staff pull hot glass into the length of a ribbon and someone cuts it. Literally. (The ribbon cutting begins at 5:15pm)

Immediately following the glass ribbon cutting, The Studio?s resident advisor and all around glass master, William Gudenrath, will show off his skills. Known for his mastery of traditional Venetian styles, he?s also a unique glassmaker who, unlike most, works without a team. Be sure to watch as he takes over the Amphitheater Hot Shop for an amazing demonstration that the museum’s describing as a??one-man show.?

Live music entertainment will be provided by?Break of Reality. The classical string quartet breaks all boundaries with their musical blend of traditional classical music and one-of-a-kind alt/indie-cello stylings. If you’re a GoT fan, they may sound familiar…

As always, the Museum will offer free shuttle bus service to Downtown Corning, so you can keep the party going at your favorite bars and restaurants. We’ll see you out and about, friends!

To learn more about The Studio, or any of the activities surrounding its 20th anniversary celebration, please click HERE.