Why Wegmans Is The Superior Supermarket 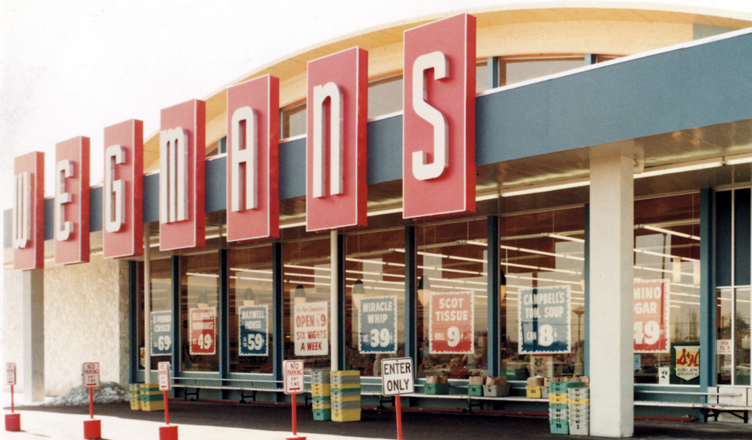 There are few things that ignite as much debate amongst friends in different corners of the country than who has the better grocery chain. You’ve got Piggly Wiggly and Publix down South and Stater Bros. out on the West Coast. Throw Trader Joe’s and Whole Foods in the mix and the sparks are sure?to fly.

But then there’s Wegmans, a chain that’s recently celebrated it’s 100th anniversary. What started as a single fruit and vegetable stand in 1916, has effectively flourished into the supermarket juggernaut that dominates the East Coast grocery game. Businesses don’t often hit the century mark without being insanely good at what they do and seriously loved because of it. Wegmans is both, of course.

Here in Corning, we’re proud to have one of the more than eighty Wegmans locations, that grace six very lucky states, conveniently placed just a stone’s throw away from the downtown. Naturally, it’s our “go to” for everything we could ever need, at any hour of the day. From a pint of Ben & Jerry’s at 2am to a tray of smelly French cheeses you hope will impress your mother-in-law at Sunday brunch, you better believe that Wegmans has got you covered.

As is the Urban Corning mission, we thought we’d celebrate Wegmans’ much deserved milestone by taking the time to remark on a few of the things that make it such a superior supermarket. Some are serious, some are a little tongue-in-cheek and others are those things that we all think and never say — but all are positives, nonetheless. Here goes:

1. First and foremost, Wegmans is a great community leader. For all of its sponsorships, scholarships and support of essential community organizations, to excellent corporate responsibility, determination to work with local producers and dedication to the hundreds of men and women that it employs in our city, it’s not hard to imagine how different Corning would be in its absence.

We’re proud to have you as a community partner, Wegmans. Thank you for all that you’ve done and continue to do.

And now that we’ve got the most important one out of the way, here’re a few slightly less serious points of interest, in no particular order…

2.?It’s basically the social epicenter of town. Some cities have a commons and thriving nightlife. We have Wegmans. Plan a weekend trip accordingly, because that five minute stop for cat food will be more like forty five –at the very least-?thanks to all of the people you’re bound to run into.

3. Grocery store sushi. Sounds like a bad idea, right? Wrong. You’d be hard pressed to find fresh seafood this far from the coast, anywhere else. And the California roll? To die for. 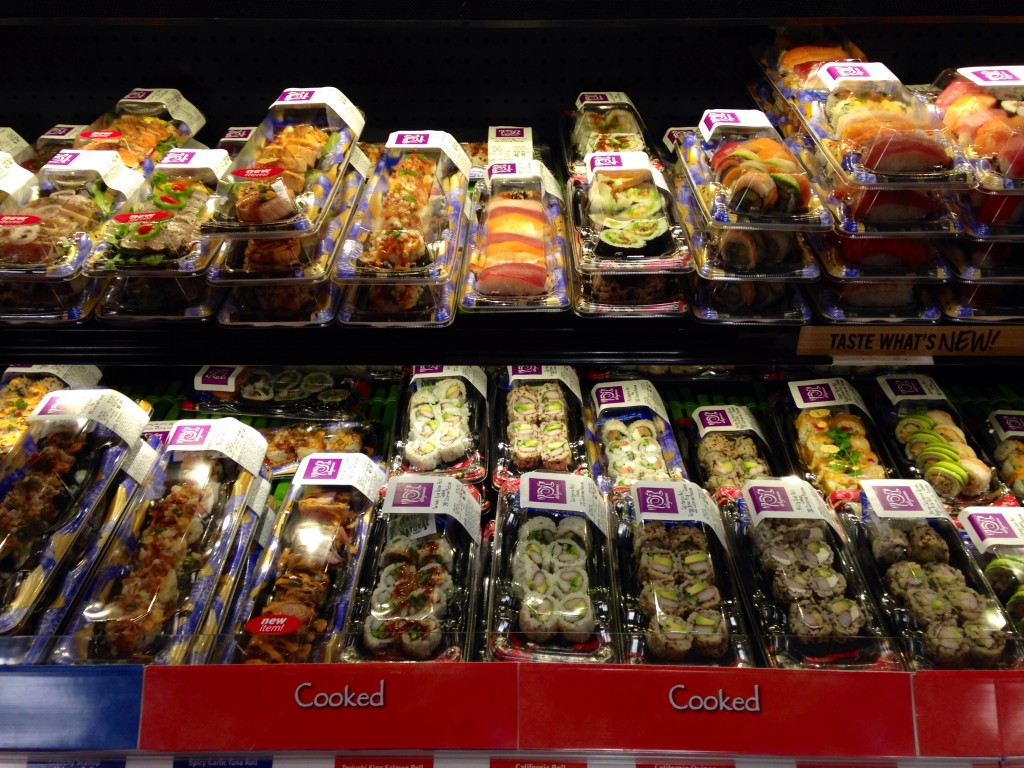 All that’s missing is the wasabi.

Once you graduate beyond normal grocery shopping and learn the nuances of Wegmans and its employees, you start participating in games you were unwittingly playing from the beginning. Our favorite? “What’s For Dinner?” If you?pile avocados, limes, onions and tomatoes onto the conveyor belt, you’ll definitely?get a comment on guacamole. But sometimes, for entertainment and boredom, we’ll stack some organic radishes with peanut butter and sea salt, just to raise the stakes… 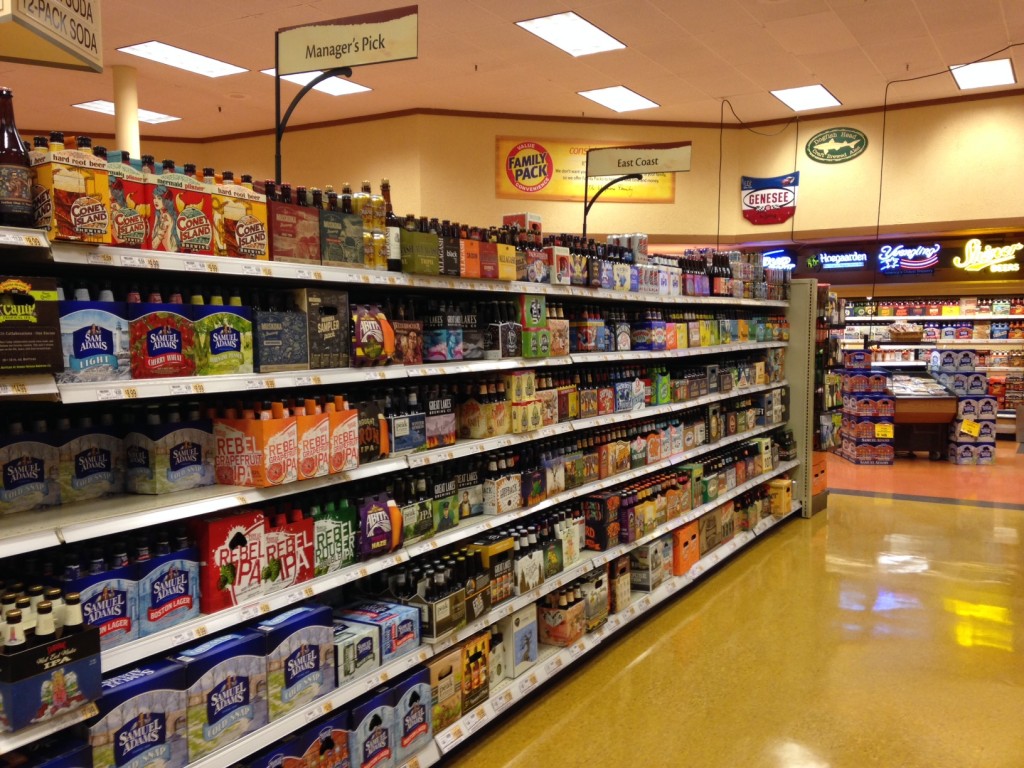 6. Alec Baldwin and his mom really, really love Wegmans. So much so that they shot a series of holiday themed commercials a few years ago. Wegmans eventually found Alec to be too rude for their brand and dropped them, but we still managed to find?one in all of its awkward glory.?You’re welcome. 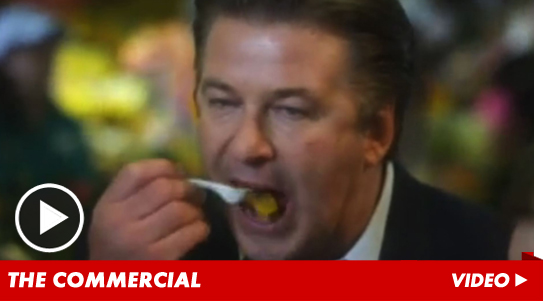 Now THAT’s the look of a man enjoying his veggies…

7.?These chips. It’s only because of?Wegmans that you can buy New York Chips – made in New York, for New York, with 100% New York potatoes. We bought a bag to test, and they passed with flying colors.

8. Apparently Wegmans can be very good for your “social” life.

Turns out if you really want girls to talk to you just go shopping at Trader Joes in California with a Wegmans reusable shopping bag.

9. The subs. The SUBS. Even if your only destination in Wegmans is the sub counter, you’ll still need to grab a shopping cart. A full Wegmans sub is lunch, dinner, and lunch the next day.

10. The parking lot. Sure, it?s a black hole into which all otherwise respected rules of the road and right of way evaporate, but it?s also a centrally located place to meet up for carpooling, bus excursions and free event parking. (The latter of which Wegmans leniently turns a blind eye.)

In all seriousness, Wegmans really is superb. But, don’t just take our word for it: Let the record show that Consumer Report and Bon Appetit have BOTH named Wegmans the superior supermarket. Business Insider has named it America’s best for two years running. The company’s “Food You Can Feel Good About” brand has earned it the best corporate reputation in America, and it just so happens to be recognized as one the very best companies to work for, according to Fortune Magazine. Wegmans has not only survived, but thrived, for the last one hundred years.

So, let’s?set the story straight, once and for all. Wegmans is the country’s best grocery chain. Hands down. There’s a reason that it’s stuck around for so long, and more reasons still as to why it’ll continue to do so.

Congratulations on all of your accomplishments, Wegmans. Here’s to another 100 years!